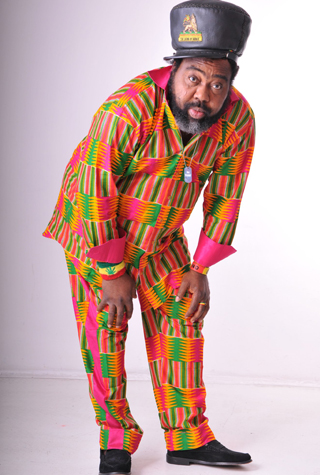 Kimono served a long apprenticeship on the Nigerian music circuit, experimenting with a number of styles, before making his late 80s breakthrough as a reggae singer.

Together with his Massive Dread Reggae Band, Kimono released his debut album, Under Pressure, in 1989. Accompanied by the popular single, ‘Rum-Bar Stylee’, this revealed both a Jamaican and native African influence (the latter particularly evident in his ‘patois’ delivery, as frequently employed by Fela Kuti to communicate with the urban underclass).

His strongly polemical lyrics produced album sales of over 100, 000 copies, and a fervent following for his advocacy of social change. What’s Gwan proved even more successful, with the topics selected including legalisation of marijuana, and the need for Africans to intellectually repel colonialism and its arbitrary boundaries between tribes.

Most controversially, he was not averse to naming directly those in power he saw as synonymous with backdoor imperialism.