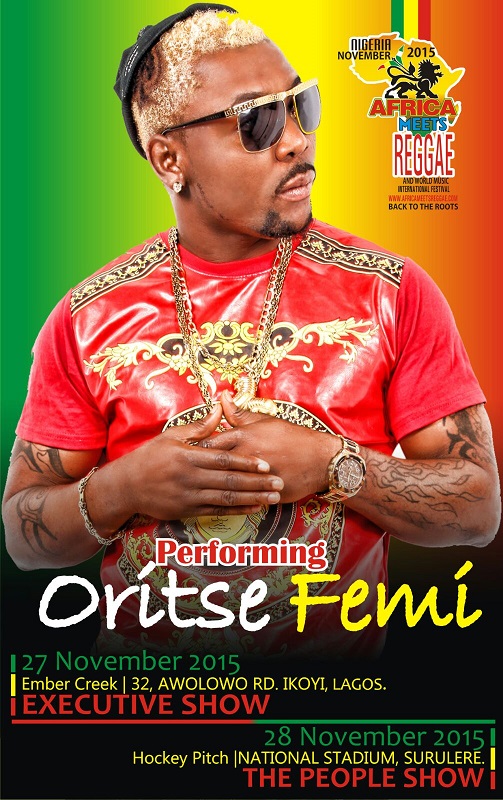 Oritse Femi was born on January 5, 1985 in Ajegunle, Lagos State. He, the third child of his mother, was raised in a polygamous family of 25 and hails from the Itsekiri tribe of North Warri, Delta State.

He attended Mayday Secondary School in Ikoyi and later Tolu Primary School in Ajegunle. However, as his parents weren’t able to maintain the high cost of schooling in the affluent neighborhood of Ikoyi, he completed his elementary education at Army Children School.

After he attained his secondary school certificate from Randle Secondary School, Oritse Femi applied to study law at Delta State University in Abraka, but dropped out to concentrate on his music career.

Femi’s first song ever recorded was titled “Boys dey Binu” (meaning Boys are not Happy). He attended a music school in Ajegunle and was a lead vocalist of the Ajegunle based Cherubim and Seraphim Church’s choir. He also played a bass guitar there.

He started a group with Chibudo and they released two albums that both had 8 tracks. The title of the first album was also a hit track in the compilation titled Boys Dey Binu. The second album was titled Money Na Time.

In 2006, he started a solo career and later released his third album Elewon (meaning Chase Them). His first solo single was “Flop Politician” that was inspired by the level of corruption in Nigeria polity.

In 2008, Ortitse Femi made his so-called “first million” (five million Naira) that he invested in his new album. His second solo album, titled Unfadeables, was about the wickedness in the world. The album has 14 tracks and features the late Da Grin, 2face Idibia and Pasuma Wonder.