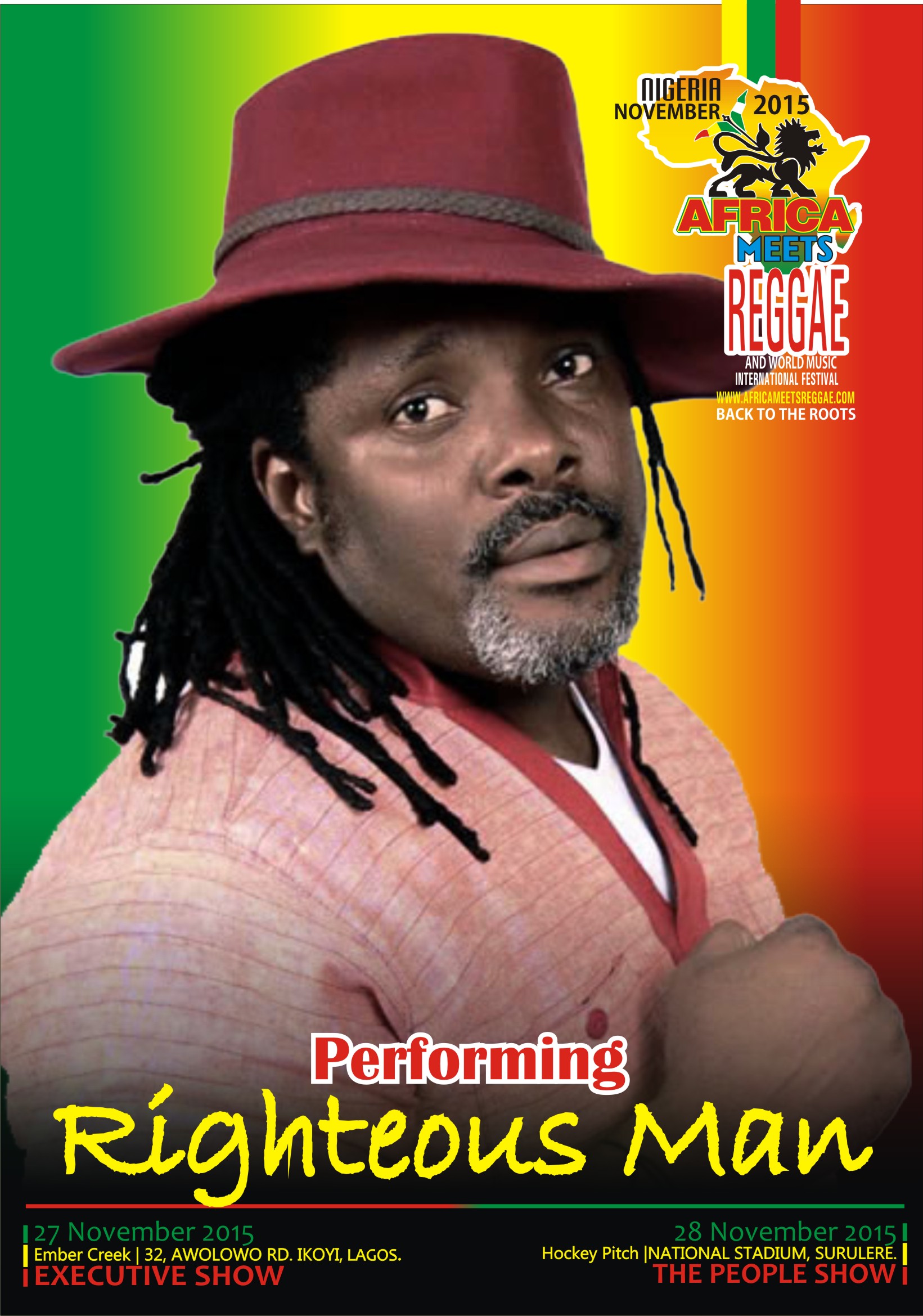 As a child prodigy, the church like so many of his contemporaries breathed musical life into his tender lungs, and for the best of 2 decades, he explored the music industry, gathering abundance in accolades, fame and respect. At the tender age of 15, he made his entry into the industry via NTA Benin Music Panorama, a popular show in the 80s. He would later release his debut album as a teenager titled “Stay With Me” under Liberty Records owned by the iconic Pastor Felix Liberty. With a little over a dozen albums under his belt, a string of hits spanning social responsibility and universal love themes, having the highest number of videos on TV and an intimidating consistency as a roots reggae soldier. He is arguably one of Nigeria’s nay Africa’s most thoroughbred reggae Ambassador.

The multi-talented Song Writer, Music Producer, Video Director, Editor, Author and CEO, BIGTOWN REKORDZ (a unit of Righteousman Entertainment) a man of many parts hails from Edo State but will always appear a Bendelite because the mother is from Delta State.

Since 1990 till date, Righteousman has released 14 Albums so far in his fruitful career. Righteousman was consecrated as an Apostle on July 26, 2009 Bishop Mathais Bassey Iyang of Amen Ministries, Lagos Nigeria. In 2010 he released the album titled WHO THAT MAN. There’s something different about this album which features the contribution and collaborations of some great names in music, not only in Nigeria, but indeed worldwide. Names like, Lester Lewis from Jamaica, the Original composer of Jesus is the Winner Man, which was later sung by Ron Kenoly’s, our own Buchi & Ruffman. From track 1 to 14, the album is guaranteed to minister to your soul and peculiar spiritual need without skipping a single track.

Righteousman has since the release of the album been raising Holy uproars in different concerts/programs as Guest Artiste ministering to thousands and thousands of believers and fans alike around the world. The performance dates have kept coming by way of invitations from different churches and programmes which have made him very busy in the Vineyard of the Lord.

He is joyfully married to Carol Cee, a Gospel Artiste and Nigerian Movie Actress and they are Blessed with 3 wonderful kids, Stefan, Stephanie and Jennifer.