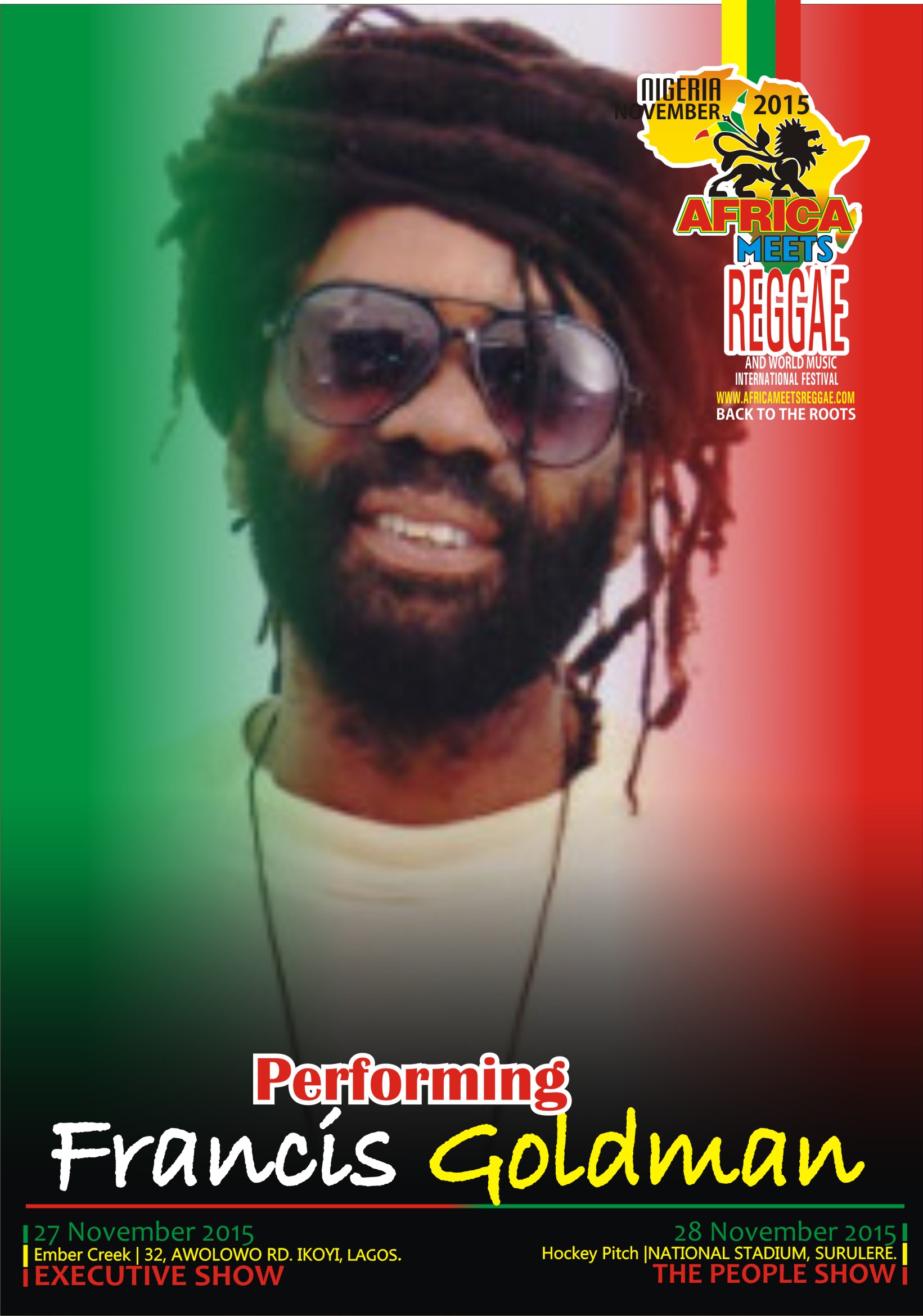 Francis Goldman Aporiegah was born in Ghana in the early sixties to Mr. and Mrs. George Aporiegah. He attended school from 1968 to 1981. Dad was a soldier and ballroom dancer and instructor; mum, a teacher and social worker. By the end of school, things got difficult as time went on. His dad married four wives and a lot other children (my brothers and sisters) came along.

After school, he decided to look outside of Ghana to enhance my musical career. So in 1983, he came to Nigeria. By 1985, he formed the Sweat Band at Bobby Benson Hotel with Yemi Benson, Daddy BJ, Gesso Dread and I. They recorded an album “Taxi Driver” and the group was managed by Maxwell Benson.

By 2005, the music industry was hijacked by pirates and artists found it quiet difficult to reckon with.

But this year, 2014, by the will of Jah he has recorded a seventeen tracks album “So Much More”: eight reggae songs and nine from other genres.

“I am praiseful to God and grateful to all those who have helped me one way or the other to this point. So far so good and I just have to keep on working as life goes on.”