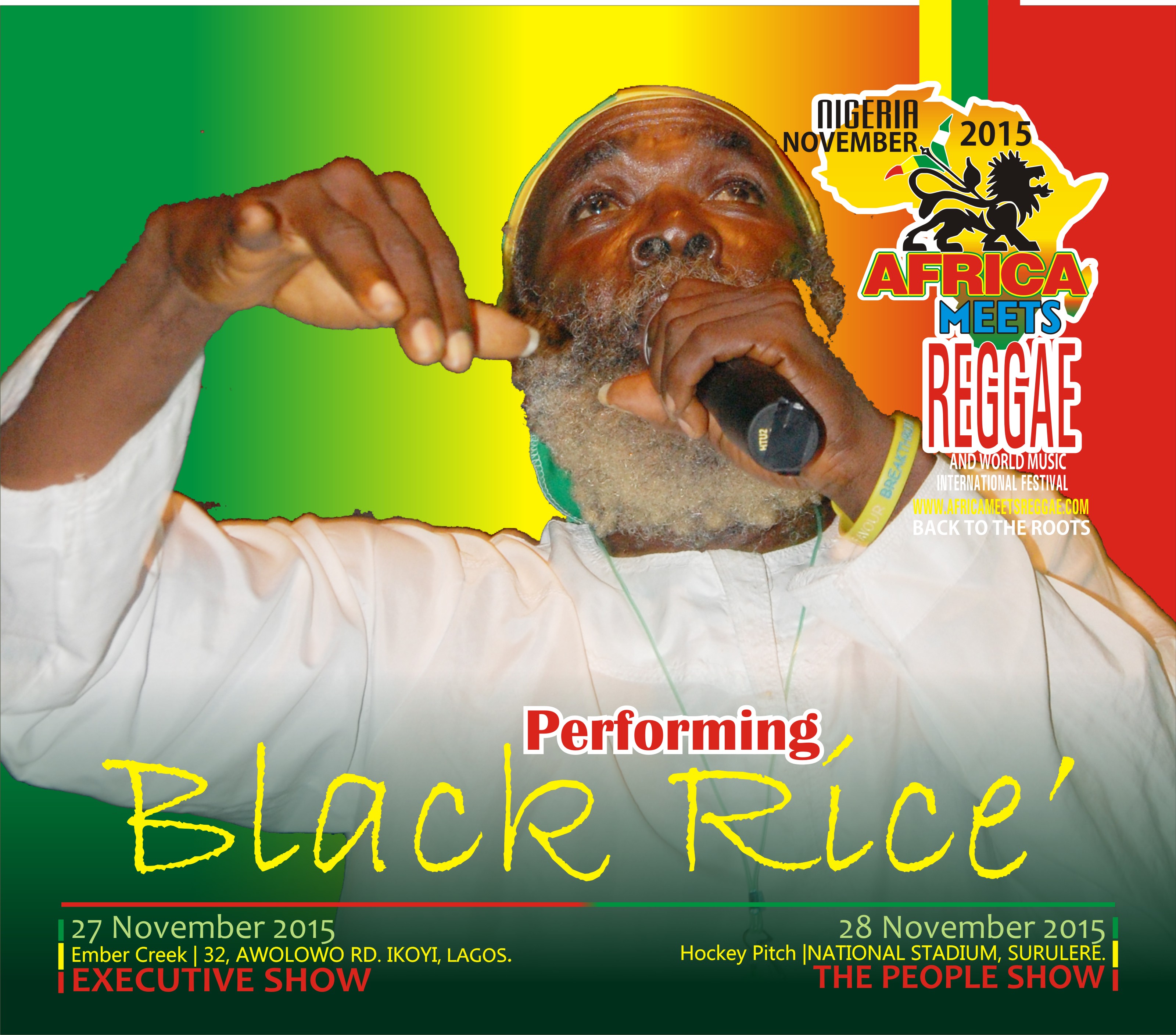 Rasta Black ‘Rice
Black by nature ‘Rice by choice.He is originally from the tribe of Issachar but enjoyed being called Asher.
Black was born 18th Dec. in the year of our lord and saviour Jesus Christ.

He studied arts and language at the prestigious Katholiek Universitiet Nymegen Holand.

Black ‘Rice created the first all dreadlocks reggae group called JA’STIX (Jahwalkingsticks) With world famous Majek Fashek on Guitar&vocals and Bass Guitar Guru Amos McRoy now Pastor Gorge Orwels in 1983. They were the first Nigerian group to play two shows in a day at the prestigious National Theatre in
Nigeria to raise funds for Mandela’s Africa National Congress (ANC),they performed alonside Bee Gee (Boye Gbenro) at the AfricanShrine while late  Fela Anikulapo Kuti was in jail and played regularly at Cabban Bamboo featuring Ras Kimono and others alongside the Mandators. He is also the first reggae artist to take reggae music on tour Nigeria prisons in 1986.

He is a Senoir Elder at ROOTRON (Rainbow Organization of the Rastafarian of Nations Nigeria. He recieved Prophet Gad of the Twelve tribes of Isreal in lagos in 1986 as well as Mutabaruka, a Jamaican Rastafari dub poet, musician and actor and Linton Kwesi Johnson (LKJ) a UK-based second living poet, and only black poet, to be published in the Penguin Modern Classics series.

Black Rice has dual Nationality and continue to render selfless service to humanity which is the essence of Rastafarinity, the foundation of every community, in  plain word..to be born again.
His favorite quote is “It is not what you do but how you do it”

He is happily married with children.