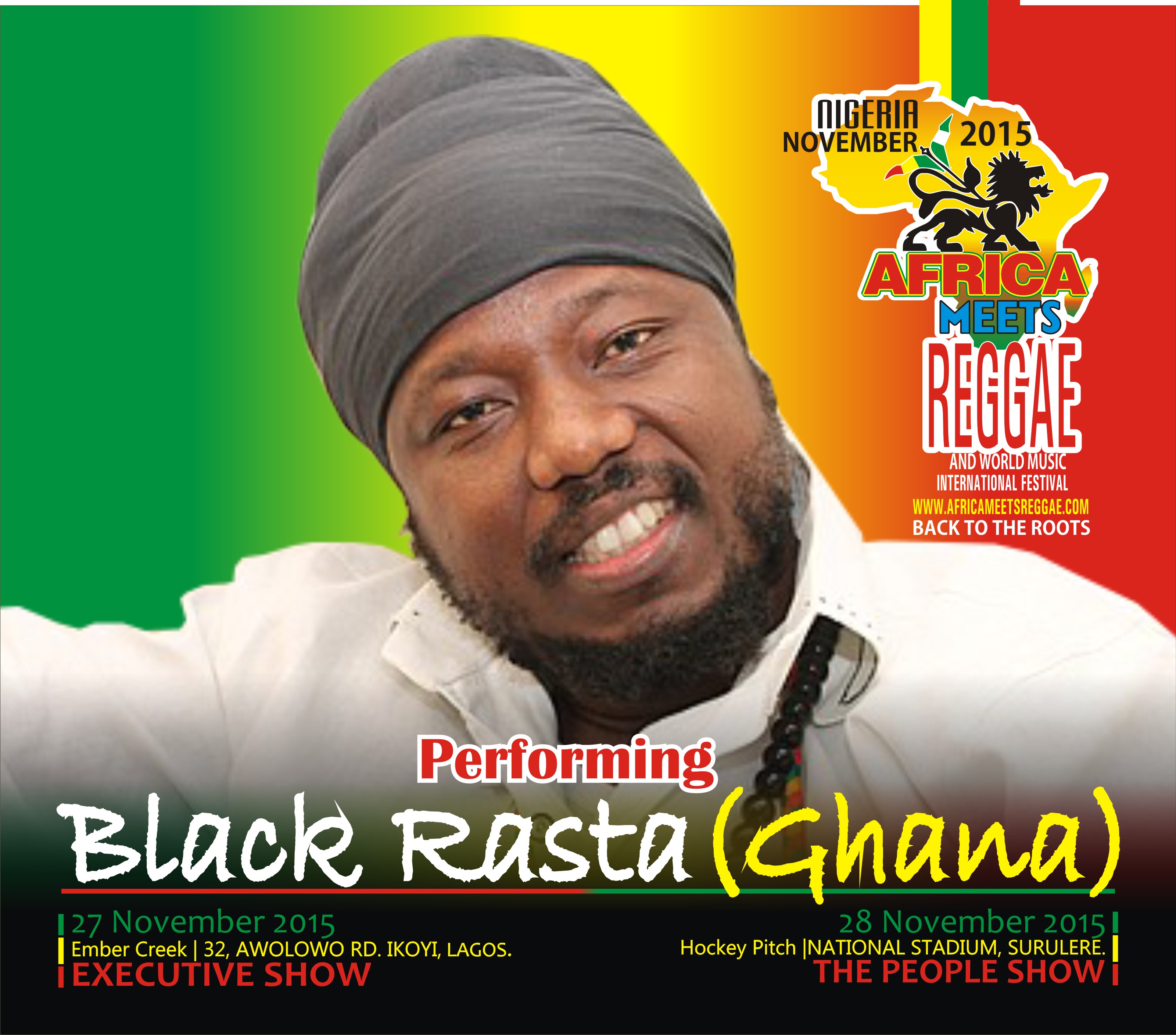 Background
Black Rasta was born on the Monday of 2nd September 1974 in Tamale in the Northern part of Ghana, West Africa. He was born to devout Ahmadi-Moslem parents. As a growing youth in the slums of Moshie-Zongo and Aboabo, Blakk Rasta (born ABUBAKAR AHMED), underwent a lot of injustice, favouritism and other social ills.

Education was number one on Black Rasta’s mind since his parents were both educationists. He grew up as a learned ghetto youth who was a real role model for other youths in the slums. He topped his class several times. Everyone in the slum saw Black Rasta as an extraordinary chap with over-endowed academic talent.

Music was the last thing to Black Rasta though he enjoyed listening to very popular slow music. The ghetto chap wrote several plays, directed and acted some of them. He writes novels too and won several writing competitions.
In 1990, Osman Habib Dollar, a ghetto youth told Black Rasta about a Nigerian Reggae superstar-Ras Kimono. Black Rasta was immediately captured by the lyrical presentation of the singer. He particularly wondered why people should fight black people and Rasta. All this was mentioned in the Ras Kimono music. Black Rasta wept over some of the lyrics and started asking about Rastafari and Black people. This research opened Black Rasta to several mind-blowing experiences, which led him to embrace Rasta, though still a Moslem.

Black Rasta met Ras Kimono in 1993, watched the artiste perform live and, for the extreme love for the artiste, Black Rasta formed a conscious youth club called ‘The Ras Theatre Group’ in Tamale, which acted plays, made movies and performed Ras Kimono’s music. That was when Black Rasta started trying to write his own lyrics. The first one he wrote was ‘Keep on Rockin’ / I & I Rastas.

His first album, “Rasta shrine” came out in April 2000. It was a smash hit with singles like ‘Afreeka swit’, and “Keep on Rockin’ / I & I Rastas” In 2003 July, ‘More Fyah’ was released and the single ‘ Congo Bongo’ was voted as the best reggae song of the year 2003 by the Ghana music award.

In February 2004, Black Rasta visited England where he teamed up with accomplished artistes to produce the hit single ‘ Kunta Kinte’ to be released in February 2005 on the ‘Ganja Minister’ album (Black Rasta’s third album). Ras coz, Moffart, Sista B, Sista Lahnah, Suniel and dancehall great, Macka B all featured on this album.

Black Rasta is currently Ghana’s number one Reggae star. His greatest assets are his humility, consciousness and fearlessness. Beside music, writing and travelling, Black Rasta is a reggae DJ. on Happy 98.9 FM, Accra, and judged as the best Reggae DJ in Ghana.